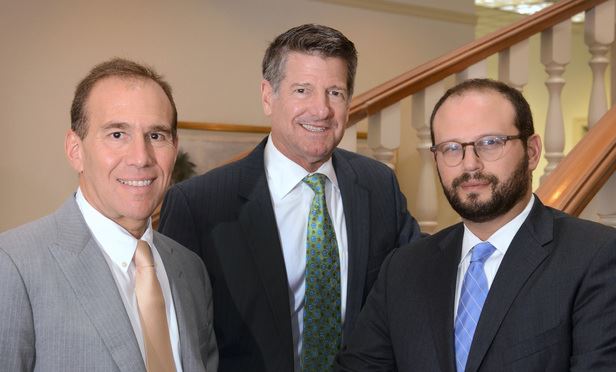 Dennis Oshinsky was a lifelong Marlboro smoker. He used the Philip Morris USA brand of cigarettes for decades before his death from cancer in 2000, rarely touching other tobacco companies’ products.

But R.J. Reynolds Tobacco Co. was also responsible for his death, a jury found Sept. 22.

Oshinsky’s survivors won a $9.15 million verdict against the two tobacco giants, relying on the Florida Supreme Court’s 2006 Engle decision finding that the tobacco industry conspired to conceal the health effects of cigarettes from customers.

“It really doesn’t matter in any particular smoker’s case which brand he smokes, because all of my clients are victims of the industry,” said Scott Schlesinger of the Schlesinger Law Offices in Fort Lauderdale, who represented the Oshinsky family alongside his colleagues Jonathan Gdanski and Steven Hammer. “These [companies] are all guilty co-conspirators.” Even though thousands of individual tobacco lawsuits were filed after the statewide Engle class action was disbanded, it’s rare to win damages against a tobacco company whose cigarettes the plaintiff didn’t smoke. Many plaintiffs lawyers drop “non-use” defendants from their complaints to reduce the resources spent on already costly and time-consuming cases, Schlesinger said. Because members of the Engle class have smoking-related diseases that manifested themselves in the mid-1990s or earlier, plaintiffs often die before their cases are resolved.

The Oshinsky case, brought by the smoker’s widow, took eight years to reach trial before Broward Circuit Judge John J. Murphy III. Plaintiffs lawyers argued their conspiracy claim against R.J. Reynolds by showing the jury internal company documents outlining strategies to hook children on nicotine. “The palest ink is far more vivid than the brightest memory—that’s the old Chinese proverb,” Schlesinger said. “It really doesn’t matter what they say now, what their protestations are. The contradictions, the hypocrisy of the public positions in their advertising, in their testimony, all of that was laid bare by their internal documents.”

The plaintiffs also had a difficult case to make against Philip Morris, whose cigarettes Oshinsky began smoking as a teenager in the 1950s, when Marlboro Man ads made smoking seem appealingly masculine, Schlesinger said.

Defense lawyers for the company argued the evidence didn’t support a link between Oshinsky’s lung cancer and smoking, and the judge ruled in their favor on that point. Schlesinger maintains that what was known in 1999 about the type of cancer found in one of Oshinsky’s lungs, bronchioloalveolar carcinoma, is outdated.

Ultimately, the jury found Oshinsky’s nicotine addiction caused his lung cancer and death, and that he relied on Philip Morris and R.J. Reynolds’ conspiracy to conceal information about the health effects of smoking.

Jurors awarded $6.15 million in compensatory damages to Oshinsky’s widow, finding Philip Morris 60 percent liable for the damages and R.J. Reynolds 25 percent liable. Oshinsky was found 15 percent liable for his death. The jury then awarded an additional $3 million in punitive damages. The court will likely reduce the compensatory damages amount to $5.23 million to account for Oshinsky’s liability, in keeping with a 2015 Fourth District Court of Appeal decision, Schlesinger said. But he and his colleagues argue the plaintiff should be able to collect on the full amount because the comparative fault statute does not apply to cases involving intentional torts. Final judgment has not yet been entered.

R.J. Reynolds does not comment on litigation as a matter of policy. The company was represented at trial by Geoffrey Beach and Randal Baringer of Womble Carlyle Sandridge & Rice in Winston-Salem, North Carolina.

A Philip Morris spokesperson did not respond to a request for comment by deadline. Its defense lawyers in the case were Ken Reilly and Miranda Soto of Shook, Hardy & Bacon in Miami.