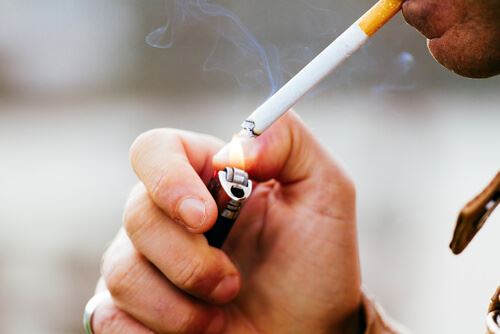 Although tobacco use remains the leading cause of preventable death and disease in America, there have been great strides made in the fight against Big Tobacco. In addition to major victories in tobacco litigation, there have also been many changes in the regulatory landscape surrounding tobacco products, including cigarettes. Dr. Scott Gottlieb, Commissioner of the U.S. Food and Drug Administration (FDA), detailed some of these past changes in a recent speech, and unveiled new efforts the FDA is looking to make in the fight to stamp out addiction and cigarette smoking.

Commissioner Gottlieb and the FDA are well aware tobacco use stems from an addiction crisis that is difficult to eradicate when Big Tobacco continues to place profits over people, and wages efforts to keep consumers hooked. Addiction is a commodity for tobacco companies, and it keeps consumers coming back. For example, it’s been over half a century since the landmark 1964 Surgeon General’s Report on Smoking and Health, yet cigarettes continue to kill over 480,000 Americans each year.

In Commissioner Gottlieb’s recent speech, he made it clear that the FDA will be getting serious about altering the current trajectory of preventable tobacco-related deaths and exploring new avenues to address addiction. As part of achieving this, Gottlieb cited two key facts about tobacco use that must be front and center.

In order to address the problem at its core, more efforts must be made to help American families stem the tide of addiction among their children. As Gottlieb suggests in his speech, this can be achieved through a new approach toward regulating nicotine. While nicotine is addictive in and of itself, it is even more so when it is delivered in the form of cigarette smoking.

In his speech, Commissioner Gottlieb notes that while nicotine may not be completely safe, it does not cause the disease and death that tobacco does. As such, there are alternatives to nicotine delivery that the FDA has deemed safe and effective in helping smokers quit, including gum, patches, and lozenges. Improving these products is part of the approach toward protecting public safety, as well as making nicotine less appealing to children by addressing flavored tobacco and nicotine products. Additionally, the FDA is channeling its focus on making cigarettes less addictive by regulating and reducing nicotine levels in them. Consumers who want nicotine can choose alternatives in the marketplace that allow for the delivery of nicotine without the need for combustible tobacco.

The FDA’s approach to focus on nicotine regulation is a practical and positive solution to a complex and devastating problem. As we have seen through years of Tobacco litigation, tobacco companies have made it clear they will continue to prioritize profits over people when given the choice. As such, legislation that allows for the regulation of nicotine in cigarettes and other tobacco products will compel them into changing practices that put the public at risk.

Just as lawsuits and judgments have succeeded in harnessing the power of our civil justice system as a vehicle for compelling change – such as in the case of dangerous products – laws and regulatory plans can make the difference in changing the policies of tobacco companies who produce products that ultimately kill Americans.

At Schlesinger Law Offices, P.A., our legal team is passionate about securing results that not only protect our clients’ rights and provide them with compensation for their damages, but also help in enacting change on a broader scope. This includes changes in laws and policies for the benefit of the general public and their safety. We believe an approach toward regulating nicotine is one that will force powerful corporations into changing practices that cause preventable harm, and one that can change the future of tobacco use and public health.