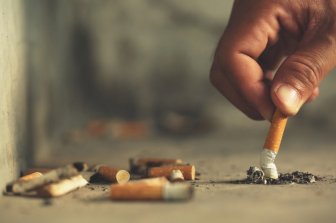 After months of three back-to-back cases against big tobacco, Schlesinger Law Offices, P.A. has secured victories for three families who lost loved ones to smoking. The legal marathon began back in May with the Schlesinger team working relentlessly for months, putting in thousands of hours of work to get the best possible outcome for their clients.

It started in Broward County, Florida, last month, when a jury awarded $20 million in damages against R.J. Reynolds Tobacco Company and Philip Morris USA Inc., for both the pain and suffering of a deceased long-time cigarette smoker and her widower husband. The award included $8 million for the husband’s pain and suffering, and a combined $12 million in punitive damages against the two tobacco companies.

Marion “Betty” Landi was 60 when she died in 1999, leaving behind her husband, Herbert, four children, and seven grandchildren – and the one and a half-pack-a-day cigarette addiction that took her life.

“The Landi’s story is heart wrenching, but not unique. People start smoking as kids and become addicted. They trust marketing from the tobacco companies that cigarettes are safe, and eventually suffer a horrible death and unbearable personal loss,” said Scott Schlesinger, who along with attorneys Brittany Chambers, Jonathan Gdanski, and Steven Hammer with Schlesinger Law Offices, represented these families. “Juries are seeing through the deception and finally holding tobacco companies accountable for their lies.”

Weeks later, jurors in Palm Beach County imposed a $500,000 punitive verdict against R.J. Reynolds to the widow of Nick Perrotto. Perrotto smoked for 40 years before being diagnosed with lung cancer in 1992. He died a few years later at the early age 57. In 2014, Deborah Perrotto was awarded more than $4 million dollars in compensatory damages.

In another case, a jury awarded $5 million dollars in punitive damages to Myron Kaplan this week for his late wife’s death. Sheila Kaplan smoked a variety of cigarette brands manufactured and marketed by the defendants, including Camel, Marlboro, and Parliament. She was diagnosed with lung cancer in 1994, and later succumbed from her involvement with the brands.

“We are on a mission here, with no plans to slow down anytime soon. These back-to-back wins send a major message to big tobacco,” said Schlesinger. “It was an impressive run that gives us hope more families will get the justice they deserve in the future.”

The Landi, Perrotto, and Kaplan cases are among thousands of similar “Engle Progeny” cases stemming from the Florida Supreme Court overturning a $145 billion verdict against the companies. The court also ruled plaintiffs – numbering close to 700,000 – could use findings from that case to file future lawsuits against tobacco companies.

Schlesinger Law is lead counsel in the national multi-district litigation against Reynolds Natural American Spirit cigarette, which is pending in the federal district court in New Mexico. The lawsuit was brought under the False and Deceptive Unfair Trade Practices Act. Now, other firms and plaintiffs around the country have joined to stop the spread of “organic natural” cigarettes.

Based in Fort Lauderdale, Florida, Schlesinger Law Offices is a personal injury law firm dedicated to holding corporations, manufacturers and medical providers accountable for harm caused to members of the public by acts of negligence and misconduct. The firm has a reputation for powerful advocacy and has obtained justice and compensation for hundreds of clients. For more information, send us your information to schedule a free case evaluation, or call us at (954) 467-8800 today.