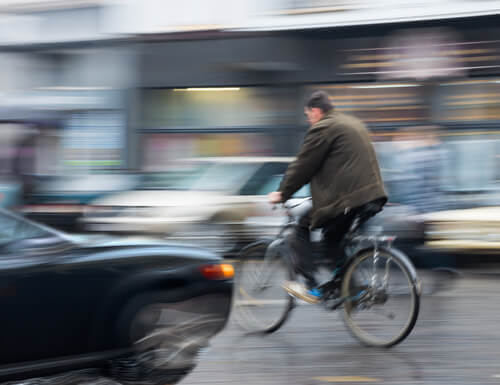 When car drivers behave in a negligent and reckless manner around bicycles, it can result in catastrophic injuries for everyone involved – but particularly for the riders, who are exposed to a greater degree of damage. That was exactly the case with one of our recent clients, plaintiff Mary Mitchell, who had been hit by a car while riding her bicycle to work.

After suffering serious injuries in this bicycle crash, Ms. Mitchell decided to take legal action against the driver who had so carelessly hit her. At Schlesinger Law Offices, P.A., our accident attorney Bryan S. Hofeld led the charge, serving as her legal representation throughout the lawsuit, and ultimately securing more than $2 million to cover her medical expenses and other needs.

According to police reports and to Ms. Mitchell’s testimony, she had been riding a bike path alongside Periwinkle Way on the island of Sanibel, near Fort Myers, Florida. After stopping at an intersection and proceeding along the crosswalk when appropriate, she was hit by driver Steven Anderson and sustained multiple injuries.

Admitted to the hospital for over 5 days, Ms. Mitchell required surgeries for both her hip and her wrist, and needed additional home care for weeks following the ordeal. Arguing that the defense had already admitted liability in this matter, Attorney Bryan Hofeld asked the jury to consider this fact and resolve the matter of her damages quickly.

The jury deliberated for less than an hour before arriving at their verdict, awarding over $2 million in total damages. These damages included: $108,600 for Ms. Mitchell’s medical expenses, $170,000 for future medical costs, $3,500 in past lost wages, and approximately $1.9 million for her pain and suffering, both past and future.

Seasoned Representation for Your Injury Case

On behalf of our entire team at Schlesinger Law Offices, P.A., we’d like to congratulate Attorney Hofeld on winning this crucial victory for his client, and we also want to wish Ms. Mitchell success in her ongoing recovery. If you or your loved ones have suffered similarly because of a careless driver, our team of personal injury lawyers in Fort Lauderdale can serve as compassionate counsel for your claim. Bringing more than 60 years of experience to the table, we won’t quit until we can get fair compensation for your injuries.