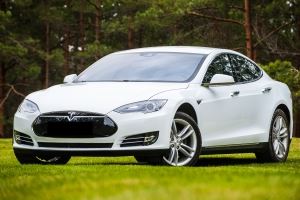 On Sunday, February 24th, 2019, a man lost his life in Broward County, Florida after his Tesla Model S crashed into roadside trees. According to reports based on emergency responder statements and testimonies from eyewitnesses, the Tesla was racing out of control at a speed of at least 75 miles per hour in a 50 miles per hour zone. When the Model S hit the trees, it burst into flames shortly after.

The fatal crash is once again putting a spotlight on Tesla’s self-driving vehicles and concerns about their safety features. At this time, it appears that multiple defects or poor designs contributed to the severity of the accident.

Defects or design issues that may have contributed to the recent Broward County Tesla accident:

Tesla stated the retractable door handles can always be opened manually from the inside of the car. The feature does not seem to account for emergency situations in which occupants of the vehicle are unresponsive. The situation is similar to fatal Tesla accident in Fort Lauderdale last spring. In that story, two teens lost their lives in a high-speed crash that ended win a battery blaze and also became complicated for rescuers after the retractable door handles prevented the doors from being opened from the outside.

Furthermore, reports show the Model S reignited after being towed away from the scene of the crash. Tesla batteries that reignite themselves many hours after an accident have been a known problem for years.

Schlesinger Law Offices, P.A. filed a wrongful death lawsuit on behalf of a Florida teen who tragically died in an accident due to Tesla’s defective and unreasonably dangerous vehicle design.

(For more information, you can click here for a full Business Insider article.)

Schlesinger Law Offices, P.A. is comprised of Fort Lauderdale personal injury, car accident, and product liability lawyers with decades of total legal experience and a history of winning multimillion-dollar case results for our clients. If you or a loved one were hurt in a Tesla accident, then know that you can count on us for reliable representation capable of going up against any sized opposition. Call (954) 467-8800 to learn more about our legal services, or to schedule a complimentary case review to begin your claim.