Are Juul E-Cigarettes Bad For You? 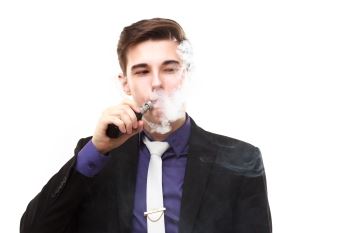 Although several people thought the design of e-cigarettes would put an end to the harmful effects of smoking, the opposite has actually come to be true. E-cigs, made popular under the brand name “Juul,” were originally advertised as healthier alternatives to traditional cigarettes. They were said to contain trace amounts of nicotine, and they were described as non-addictive.

Unfortunately, several studies have revealed e-cigarettes to contain even more nicotine than traditional cigarettes, and they even contain additional harmful chemicals that standard cigarettes lack. In fact, the nicotine in an average Juul e-cigarette can reach up to 5% by volume, which is more than twice the amount found in other e-cigarette devices. Plus, nicotine has been proven to be one of the most addictive drugs available—so larger doses of nicotine stoke that addiction.

If you use Juul e-cigarettes, or if someone you love vapes, make sure you know how this habit can result in major health problems.

Juul e-cigarette use can result in the following health concerns:

Though any e-cigarette can lead to nicotine addiction and other health problems, Juul e-cigarettes seem to be particularly problematic. Several different studies found that Juul e-cig users became addicted to tobacco faster, likely because of the higher concentration of nicotine in the pods, which led to several other health problems. To make matters worse, e-cigarette use is especially prevalent among young adults and teens, who can suffer brain development issues from regular vaping.

If you or someone you love became addicted to tobacco after using Juul e-cigs, or if vaping caused any type of harm, our firm wants to hear your story. Juul is facing legal backlash for false advertising and for several other problems that led to major deadly health problems. If you think you have a case, we want to help you fight for justice and compensation.