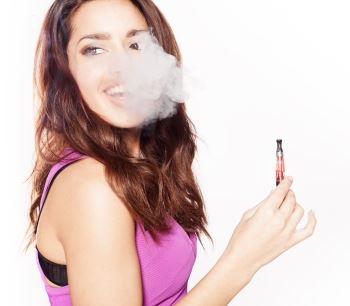 JUUL Targets a Specific Consumer Base

JUUL, a popular and profitable e-cigarette company, has recently been the focus of intense media scrutiny and severe legal backlash. The company was allegedly founded by two longtime smokers who wanted to help adults kick their nicotine addictions. However, this company’s marketing strategies narrate an entirely different story.

JUUL e-cigarettes are sleek, trendy little devices with fun and fruity flavors like crème brûlée and cool cucumber. Back in 2015, their ads and social media accounts were clearly tailored to appeal to a young audience, and frequently featured attractive 21-year-olds flirting and using JUULs. In other words, while the company claims it didn’t intentionally target teen users – it’s most profitable and concerning consumer base, board leaders were reportedly aware that their products would greatly appeal to American youths. According to the Attorney General of Massachusetts, “From our perspective, this is not about getting adults to stop smoking. This is about getting kids to start vaping, and make money and have them as customers for life.”

The “Silicon Valley startup” began losing credibility in 2018 when tobacco giant Altria invested 12.8 billion in the company. It’s important to note that Altria is the rebranded Phillis Morris, a corporation that monitors the smoking habits of children because “today’s teenager is tomorrow’s potential regular customer.”

JUUL’s marketing strategies have made vaping socially acceptable and cool to millions of American teenagers. This alarming epidemic prompted former FDA Commissioner Scott Gottlieb to release a much-anticipated policy that restricts how e-cigarette manufacturers and retailers sell these products. This policy includes “limiting sales of fruity e-cigarette flavors to websites, vape shops and other retailers that impose age restrictions.”

JUUL and Altria are already making changes to their business models in support of the restrictions laid out by the FDA. However, other e-cigarette companies aren’t quite as accommodating. Reynolds American, the creator of “Vuse” vapes, vehemently opposes the FDA’s new policy and issued the following public statement: “The FDA has already identified the main driver of youth interest: JUUL. As the agency’s public statements confirm, underage users disproportionately prefer JUUL to all other products…Armed with such knowledge, we believe the agency can take appropriately tailored steps to curb youth use.”

On May 6, 2019, staff writer Nicole Rodriguez of the Herald-Tribune released an article detailing how Schlesinger Law Offices, P.A. is leading the charge against JUUL Labs Inc. and Altria Group, Inc. Last month, our firm filed a federal class action lawsuit on behalf of a 15-year-old girl who became addicted to nicotine after using JUUL e-cigarettes and occasionally swallowing the e-liquid stored in JUUL pods. Tragically, the teenager now suffers from seizures, a medical condition linked to nicotine ingestion.

In her article, Rodriguez explains how the NesSmith family is seeking damages under the “Racketeer Influenced and Corrupt Organizations Act and for fraud, product liability and deceptive trade practices for themselves and potentially thousands of other unnamed plaintiffs in the suit.”

Rodriguez interviewed the family’s attorney, our very own Scott P. Schlesinger, who clarified that “There’s an opportunity to get customers when they’re vulnerable in their youth, because that’s when the brain is vulnerable to this drug addiction. That’s the dirty little secret of the nicotine delivery industry.” While the pending litigation could last years, Attorney Schlesinger is planning to file a federal petition asking courts to prohibit retailers from selling these dangerous devices. After all, he says, “An adolescent nicotine epidemic is a public health emergency that requires immediate action.”

Schlesinger Law Offices, P.A. is a multigenerational law firm backed by 60+ years of record-setting verdicts and multi-million-dollar settlements. Contact our Fort Lauderdale product liability attorneys if you or someone you love has become addicted to e-cigarettes after using JUUL products. With our help, you can recover compensatory damages that cover your ongoing medical expenses and safeguard your quality of life.