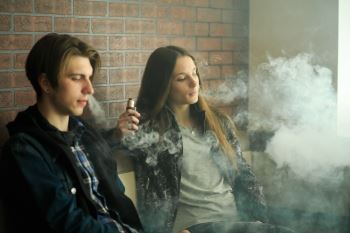 Last week, a federal judge from Maryland ruled that the Food and Drug Administration (FDA) must start regulating the various types of e-cigarettes available in the U.S. market. District Judge Paul Grimm sided with several public health groups that filed a lawsuit in 2018, which alleges that the government agency ignored its legal duty by delaying review of the health and safety concerns regarding e-cigarettes for years.

Some of the groups are behind the lawsuit include:

The group who filed the lawsuit claimed that—without oversight—a rise in underage vaping has led to young Americans being exposed to nicotine when they otherwise wouldn’t have been. Since the legal smoking age is 18 years old—while some states have increased the age limit to 21—the group believes the FDA should hold e-cigarette product manufacturers liable for the epidemic.

Grimm ruled that—in 2017—the FDA illegally allowed e-cigarettes to stay in the market until 2022 before manufacturers were able to apply for FDA authorization. Additionally, the agency permitted products to indefinitely remain in the market while under review.

The group has 14 days to recommend remedial actions. The FDA is also been given 14 days to respond to suggestions.