Honoring World No Tobacco Day on May 31 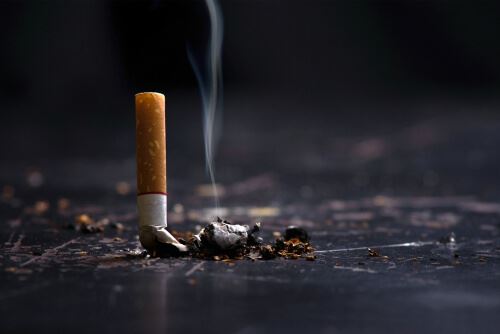 Spreading Awareness About Smoking and E-Cigarettes

According to the Centers for Disease Control and Prevention (CDC), smoking is still the leading cause of preventable disease and death among adults, with an estimated 480,000 Americans dying each year because of cigarette use. Although smoking rates have decreased over the years, this once-widespread practice is still causing problems for smokers – and now, Big Tobacco has even found a way to target the next generation, through e-cigarettes produced many of the same tobacco companies as before.

To spread awareness about the health risks of e-cigarettes, the World Health Organization (WHO) has designated May 31st as “World No Tobacco Day.” Because of the risks currently facing teenagers and young adults, this year’s theme is specifically about “protecting the youth from industry manipulation.” As leaders in Juul e-cigarette litigation and veterans of the anti-tobacco movement, our team at Schlesinger Law Offices, P.A. encourages everyone to participate in this event and help shed light on this public health issue.

Why Do We Still Need World No Tobacco Day?

Using tobacco and nicotine products – in any form – can lead to a range of serious illnesses and injuries, as well as create dangerous nicotine dependency. After decades of successful anti-smoking campaigns and legal battles over deceptive advertising practices, many experts hoped that smoking had finally become a relic of America’s past. Unfortunately, the modern vaping phenomenon has led to a resurgence of nicotine use among teenagers, with the CDC reporting that over 5 million middle and high school students used e-cigarettes in 2019 alone. That same report found that almost a third of all high school students had used an e-cigarette at least once in the previous 30 days.

Researchers are still studying the long-term effects of vaping, but e-cigarette use has already been linked to the following health problems:

What Causes Teen E-Cigarette Use?

Across the board, researchers have attributed teen e-cigarette use to the deceptive advertising practices used by companies like Juul Labs, as they downplay health risks and incorrectly paint vaping as “safer” than cigarette use. Pulling from the same playbook as tobacco giants of the past, these e-cigarette companies are aggressively targeting teens and spreading disinformation through social media campaigns. After all, once a teenager becomes addicted to nicotine, they will be much more likely to continue using these products for life – even at the cost of their own health and safety.

Some other tactics used by e-cigarette companies to target the youth:

Armed with evidence of these tactics at Juul and other e-cigarette companies, the FDA sent a warning letter to the company in September 2019, demanding that they stop calling their products “safer” than cigarettes. In January 2020, the Trump administration also enacted a limited vaping ban on kid-friendly flavors, after the vaping-related illness known as EVALI swept through the country and claimed thousands of lives. Shortly after the limited ban, many cities and states took even more aggressive action to ban flavored e-cigarettes and call attention to this issue. However, it’s unlikely that these actions alone will be enough to stem the tide of e-cigarette use.

This year for World No Tobacco Day, consider discussing the risks of vaping with your friends, family, and relatives, using the resources provided by the World Health Organization. Even if you are not a social media influencer, you can still use your voice to help end the problem of teenage vaping and spread the truth. If you or your family members have been affected by e-cigarette injuries, Schlesinger Law Offices, P.A. can also assist you with holding these companies accountable for their actions.

For more information on how we can help with a legal claim, contact our team at (954) 467-8800 or submit our online formtoday.