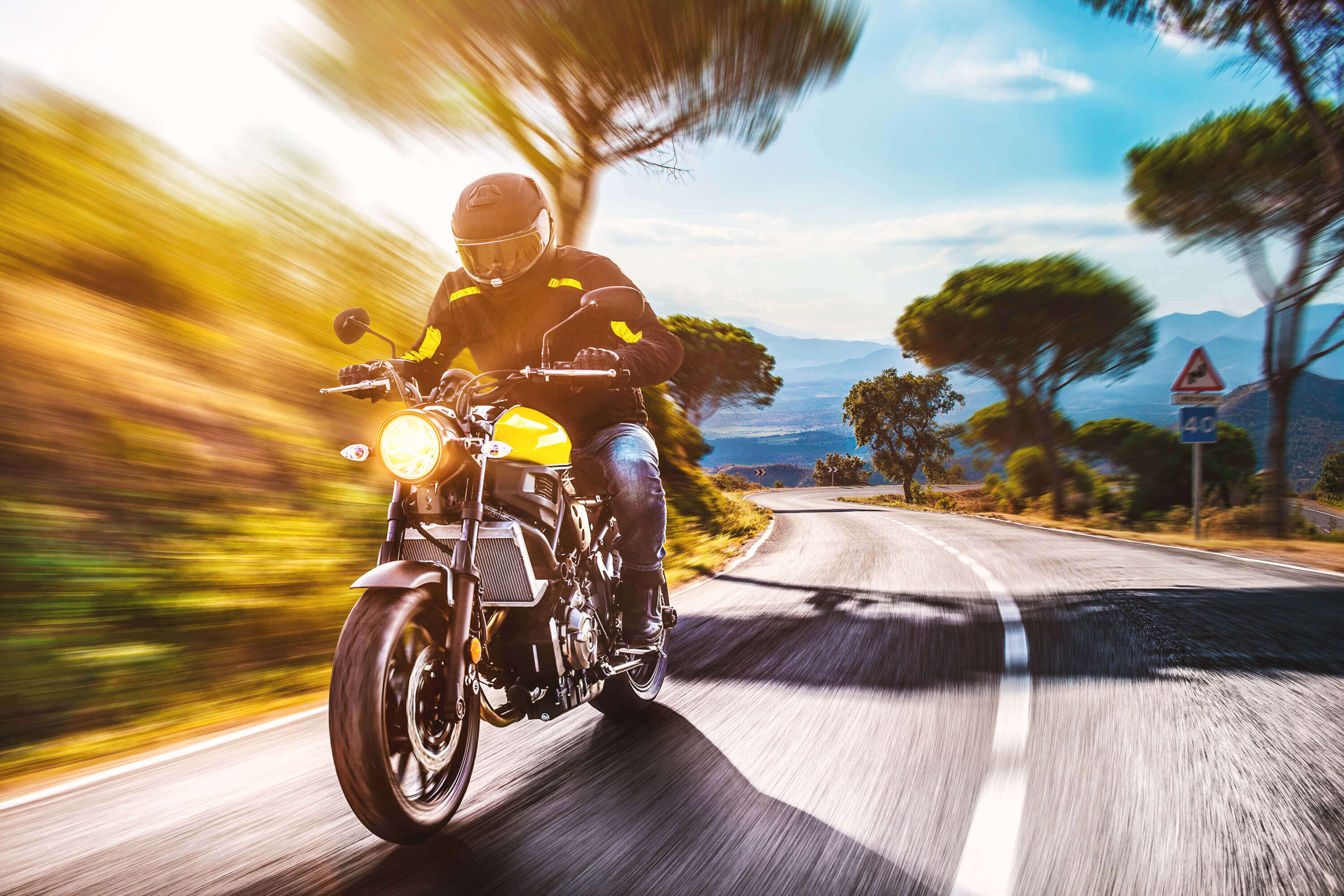 Human error is a factor in over 90% of motorcycle accidents, according to a National Highway Traffic Safety Administration (NHTSA) study conducted in 2019 as part of an effort to make the road safer for riders. Some of these errors are mistakes on behalf of the motorcyclist—but the study found that, overall, more than half of motorcycle-car accidents were caused by the other vehicle driver.

Motorcyclists are already more at risk on our roads because their vehicles are much smaller and do not come with the safety features typical of a passenger car. Driver negligence only makes it harder for them to stay safe. Here are 5 of the most common ways car drivers cause motorcycle accidents, and what you can do to avoid them.

Motorcyclists’ small profiles make them harder to spot, especially when they’re coming straight toward a driver. Left-turn accidents, where a turning vehicle violates a motorcyclist’s right-of-way, were the most common type of accident recorded in the NHTSA study.

There are a couple of driver factors that could lead to these collisions. First, as mentioned, a driver may not even spot a motorcyclist, trained as they are to look for traffic hazards the same size as their vehicle. Additionally, humans routinely underestimate the speed of motorcycles because our brain perceives smaller vehicles as being slower than they actually are.

While it’s unfair to ask motorcyclists to change their behavior when they’re not in the wrong if you see a car that has its turn signal on or is giving another indication it plans to make a left turn (or a U-turn), slow down to give yourself extra reaction time. In this situation, you shouldn’t expect its driver will follow right-of-way rules. They may not even see you coming.

Some motorcycle-car accidents don’t involve a collision—they involve motorcyclists who were forced off the road by careless drivers. These accidents can cause serious injuries like broken bones. Unfortunately, the at-fault driver is likely to speed away from the scene—sometimes without even realizing what they’ve done.

Always make sure you have a way to escape if a nearby driver makes a dangerous maneuver. Knowing where your out is, and maintaining it, may require you to change your driving behavior, but it’s much better than being run off the road.

Because winning compensation can be especially hard in cases where the driver leaves the scene, you may also want to invest in a motorcycle dashcam or a helmet camera so your lawyer can identify the at-fault driver.

In another example of drivers not considering road users who aren’t in passenger vehicles, dangerous lane changes and sideswipes are consistently among the most common types of motorcycle accidents reported. True, motorcyclists may unfortunately happen to be in a driver’s blind spot when they look before changing lanes—but just as often, drivers don’t do a full check.

There’s no way for a motorcyclist to avoid a sideswipe accident once the car has already started moving toward them. Aside from limiting the amount of time you spend lane splitting, doing whatever you can to make yourself noticeable can help you stay safer.

We probably don’t even need to explain why excessive speed (or driving too fast for conditions) has made this list. Speeding is a common culprit in all types of accidents, not just those between motorcyclists and vehicles. However, speed is especially important in these types of collisions because motorcyclists are much less protected than drivers. The higher the speeds involved, the more likely a motorcyclist will be thrown from their bike. This can lead to serious, life-changing injuries like traumatic brain injury or paralysis.

We probably don’t need to tell you the solution either, because we all know what a speed limit is for. If you do find yourself frequently exceeding it, ask yourself why—is it because you’re usually running late to work? Because you can’t resist the thrill?—can be the first step toward building safer driving habits.

Motorcyclists and vehicle drivers alike are guilty of this one, and it’s one of the biggest causes of fatal motorcycle accidents in Florida. Driving while intoxicated is never okay, no matter how short your trip is or your transportation method of choice.

Schlesinger Law Offices, P.A. encourages everyone to think about their responsibility to our roads before going somewhere that will have alcohol present. Can you arrange for a ride with a Designated Driver or call a rideshare vehicle instead? Will public transportation get you to your location? If nothing else, will you have somewhere you can safely stay the night if you can’t make it home safely?

We represent the victims of drunk drivers, and seeing the ways these accidents can forever change families, we implore everyone to do their part to prevent intoxicated individuals from driving. It’s the only way this problem will end.

Hit by a Negligent Driver?

If you or a loved one was injured in a motorcycle accident, Schlesinger Law Offices, P.A. is here to help. We can investigate your accident, whether it involved one of the factors listed above or something else, to look for evidence of the other party’s liability. It starts with your decision to reach out for help.

Our team has recovered hundreds of millions of dollars for the victims of serious and catastrophic injuries. If you don’t know where to turn after being hurt in a motorcycle accident, come to our team for help with your next steps.

Schedule your free consultation by calling our Fort Lauderdale office at (954) 467-8800. Our motorcycle accident attorneys can help you explore your legal options.