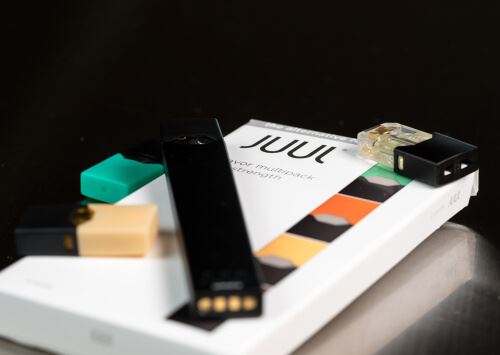 Vaping was first introduced into the market as a safe alternative to traditional cigarettes. While some medical experts opine that vaping can sometimes be a “safer” alternative, it is far from harmless.

The truth of the matter is that e-cigarettes still contain nicotine and often have other harmful chemical components, like carbonyl compounds. JUUL e-cigarettes, in particular, carry a very high nicotine content: According to the company’s website, each JUULpod has the same nicotine content as a whole pack of traditional cigarettes. It comes as no surprise that the harmful effects JUULs can have on your body are not few and far between.

How Does JUUL Use Affect Your Body?

The most common type of physical injury experienced because of JUUL use is nicotine addiction. As mentioned, JUULpods carry a high concentration of nicotine, one higher than any other e-cigarette sold in the United States. What’s more, JUULs are known for how easy they are to smoke. They emit less vapor than other e-cigarettes as well, meaning they can be smoked more discreetly. These factors often contribute to JUUL users smoking more nicotine than they intend.

Other Types of JUUL-Related Physical Injuries

There are several other common injuries that go hand in hand with JUUL use:

Have You Suffered Physical Injury from JUUL Use?

At Schlesinger Law Offices, P.A., we have an attorney team dedicated to pursuing lawsuits against JUUL and other e-cigarette/vaping companies. Many e-cigarette users started vaping because they were misled about its side effects and general safety. Together, we can hold these companies and corporations accountable for their irresponsible marketing practices that have effectively endangered Americans of all ages. We accept cases in Fort Lauderdale, South Florida, and throughout the nation.